Samhain is known by most folks as Halloween, but for Wiccans and Pagans it’s considered a Sabbat to honor the ancestors who came before us. It’s a good time to contact the spirit world with a seance, because it’s the time when the veil between this world and the next is at its thinnest.

via History of Samhain.

Jake of all Trade: Zander on Jake

There is something about this man that screams sex bomb. I’m not sure if it’s the smile, the eyes or that beautifully hair chest. What do you think?

Obama likely to focus on deficit in next 2 years – Yahoo! News

I hate that when I go to the polls I have to choose between equal rights and fiscal responsibility. Why is it so hard for Democrats to be fiscally conservative?

WASHINGTON – Preparing for political life after a bruising election, President Barack Obama will put greater emphasis on fiscal discipline, a nod to a nation sick of spending and to a Congress poised to become more Republican, conservative and determined to stop him.He is already giving clues about how he will govern in the last two years of his term.Obama will try to make gains on deficit reduction, education and energy. He will enforce his health care and financial overhauls and try to protect them from repeal should Republicans win control of Capitol Hill. He will use executive authority when blocked by Congress, and steel for scrutiny and investigations if the GOP is in charge.

via Obama likely to focus on deficit in next 2 years – Yahoo! News.

I am not a fan of Jim Carrey, but I will be watching this movie. I haven’t decided if I want to go to the theater to see this or wait for it to show up on OnDemand. If you follow the link to the original site, there is a preview of the film. Be warned that the preview is NSFW.

“I think I’ve been following the news of this film for more than three years now. After a rocky road to distribution, it’s finally making it to screens in limited release on December 3rd, to expand throughout the month.

This morning I present the exclusive debut of the red band trailer for the film (warning: it has a couple brief moments that are probably not safe for work).

Here’s the plot synopsis from the filmmakers (it’s based on a true story): “Steven Russell (Jim Carrey) leads a seemingly average life — an organ player in the local church, happily married to Debbie (Leslie Mann), and a member of the local police force. That is until he has a severe car accident that leads him to the ultimate epiphany: he’s gay and he’s going to live life to the fullest — even if he has to break the law to do it. Taking on an extravagant lifestyle, Steven turns to cons and fraud to make ends meet and is eventually sent to the State Penitentiary where he meets the love of his life, a sensitive, soft-spoken man named Phillip Morris (Ewan McGregor). His devotion to freeing Phillip from jail and building the perfect life together prompts him to attempt (and often succeed at) one impossible con after another.”

It’s based on the book of the same name by Steve McVicker.”

This should have been bigger news with headlines everywhere. Florida just joined the 20th century.

Attorney General Bill McCollum today released the following statement on his decision to not appeal the Gill Case. This will be the only comment provided by the office on this matter.

“The constitutionality of the Florida law banning adoption by homosexuals is a divisive matter of great public interest. As such, the final determination should rest with the Florida Supreme Court, not a lower appellate court. But after reviewing the merits of independently seeking Supreme Court review, following the decision of our client the Department of Children and Families not to appeal the decision of the Third District Court of Appeal, it is clear that this is not the right case to take to the Supreme Court for its determination. No doubt someday a more suitable case will give the Supreme Court the opportunity to uphold the constitutionality of this law.”

via No more gay adoption ban in Florida | News Story on 365gay.com.

After doing some research, I have discovered that Sprint is the company that is responsible for the Pre Plus and the Pre 2 not being available for Sprint customers. After my bad encounter with the Sprint store in Union City, I am leaning towards leaving Sprint. The only problem is that Verizon and AT&T are going to cost me an extra $30 a month (or more) for the same plan that I have with Sprint.

Do I really want to pay an extra $360 a year for the Pre 2? I don’t think the Pre 2 has quite enough features for me to jump on that boat, but the upcoming webOS phones may be enough (I refuse to call it HP webOS). I think I will look into buying the phone directly from HPalm if I can activate it on my Sprint account. When HPalm reveals the phone that is coming shortly after the Pre 2, I may jump ship if Sprint doesn’t offer the phone.

All of this aside, however, I am really angry with Sprint. When people think of Verizon, they typically think of Droid phones. When they think of AT&T, they think of the iPhone. When people think of Sprint, what comes to mind? Cheaper plans. Sprint could change that by becoming the ultimate webOS carrier instead of leaving Verizon to take on the Droid series, the upcoming Apple phone AND the Pre 2. Verizon is just a jumble of mobile OSes and I fear that Palm’s webOS will just get lost in the Shuffle. Sprint needs to step up and be the leader of Palm phones that they were in the past.

So my dilemma is this: stay with the best mobile OS and move to Verizon? Go the European route and buy the Pre 2 outright and stay with Sprint? Jump on board with the second best OS and get the new Apple phone that is going to hit Verizon?

Thank you to Jim for pointing me to a site that lead me to this site. 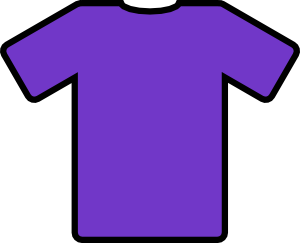 Show your support for the LGBT community. Wear a purple shirt on Wednesday, October 20th to show that you will not tolerate homophobia.

If you are going to force me to leave the comfort and low cost of Sprint, why do you think I will stay with WebOS? Apple has better hardware and more apps. They are also getting ready to announce a phone on Verizon.

I have owned the Palm Pre since the first week that it came out. When the Pre Plus was announced for Verizon, I thought maybe we would see it migrate over to Sprint. Instead, you moved over to AT&T. I forgave you though, because what I really wanted was better hardware.

Palm created the best mobile OS with webOS. With the announcement of webOS 2.0, they are even further ahead of the others. However, Palm (and now HPalm) are way behind several of the competitors when it comes to the hardware. Do you really think a 3.1″ screen is even remotely viable with the 4 and 5 inch screens on the market?

In summary, HPalm, I am very saddened by your announcement today. I don’t want to leave Sprint. I have been a faithful follower of webOS since day 6, but now you slap me in the face for the second time. What is a person to do with that?